Heb 10:10  By the which will we are purified (pw sanctified) through the offering of the body of Yahushua HaMashiach (pw Jesus Christ) once for all

Are you in a religion which practices a so-called sacrfice of the savior in perpetua, as if Yahushua must be put to death over and over again 24/7 around the world in a so-called mass and 'sacrificed' over and over again for your sins. Then you are in a very sick and unbliblical place. The scriptures make it clear he has died ONCE. For more see Transubstantiation - How Low Can You Go?

NOT ALL SCIENCE IS SCIENCE

AND A LOT OF IT LATELY HAS BEEN

TURNING THE WORLD UPSIDE DOWN

IT IS TORAHLESS AND ABOMINABLE

RICHARD DAWKINS SHOWS US HOW

GET YOUR FREE COPY Does the Bible speak about a Corona Virus?

Latest At The Top :

WHO declares Monkepox a global health Emergency. It has been around before but now with new modes of transmission which they are still trying to understand. Homosexual relations is one of them.(18000 cases 75 deaths this year). WHO urges reducing numbers of sexual partners-But Yahuah has said plagues will come on those who hate his Torah - he said do not commit homosexuality, fornication and adultery from the beginning. But don't worry the UN is striving to make sin safe with, yes you guessed it "vaccines" for men who have sex with men and multiple partners. Keep up the "good" work of rebelling against Yahuah and see how the plagues will increase.

Are we surprised? No. The Creator has told us this will happen in the last days because people hate his Torah.

Israeli Drug Company Pays Out $45 million for causing opioid addiction in San Francisco. People still trust drug companies enough to take COVID "vaccines".  Will we see them paying out for the coming related problems and deaths?

The Zondo Commission Report shows how the morally bankrupt country of South Africa has been Captured by corruption.SA's Humanist doctrine once again shows what happens when people reject Yahuah, his Son and his Torah.

JewBelong.com  sets up billboard adverts tempting Jews away from keeping the Torah of Yahuah.The billboard reads "So you eat bacon. God has  other things to worry about." Those who put a stumbling block to Israel like this will receive the plagues as promised by Yahushua in Revelations. We have sent JewBelong a letter (D11M06/2022) of warning. See our Youtube post

South Africa experiences worst floods, close to 500 dead, huge costs in infrastructure damage, water pipes, electricty supply. Are we surprised? No.  South Africa supports Palestine over Israel - troubles will come her way as promised in scripture and as warned by SA's previous Chief of Justice whom they have tried to silence

People in China seen beating pets to death for fear of COVID but continue to eat pig/pork which Yahuah has said is not food and will bring plagues in the last days.

Volcano erupts in Russia amidst Russia's War crimes in Ukraine. Should we be surprised?

China and the world still insist on eating pig contrary to the Creator's command- viruses still mutating, abominable vaccines still being pushed and waves still coming? Should we be surprised?

South Africa, the so-called bastion of Human Rights endorses Putin's war crimes and EFF party says SA must strengthen its ties with Russia. Are we surpised given that Human Rights tries to replace the commands (Torah) of Yahuah? See An End To Humanism 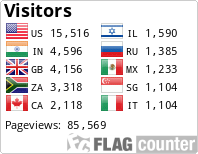